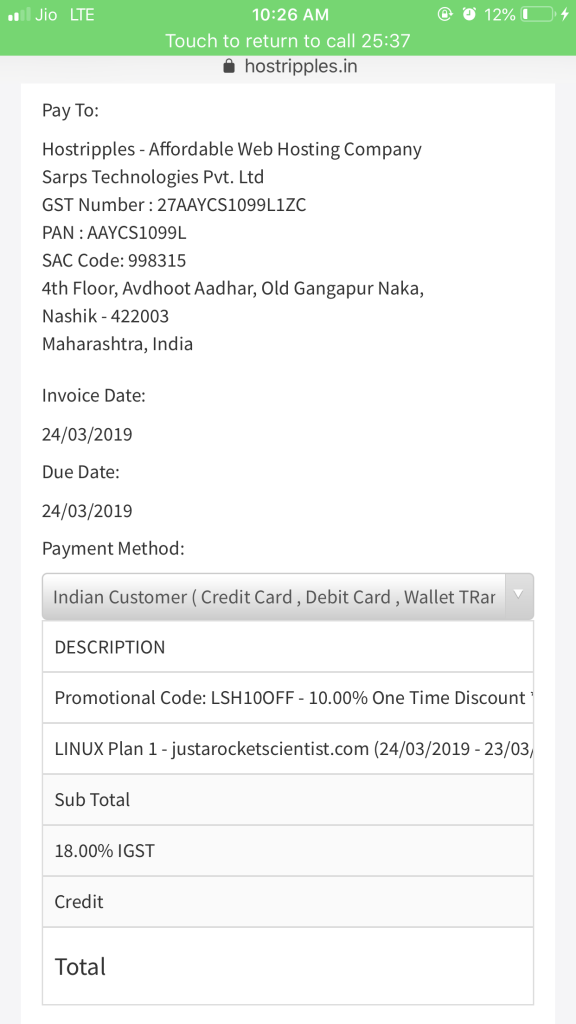 n economical and viable solution is to keep the domain with Godaddy, which would charge Rs.799 + Taxes per year (.com sites) and the hosting could be kept in Hostripples. Recently came across this site and following their global reviews and it had mostly been very positive.  Hostripples charges just Rs.35 per month for a 3 year plan with additional promo codes. The charges increases to Rs.60 per month for 1 year renewal plans. They provide an additional free addon of SSL secured certificates at no additional costs. Comparing the same with Godaddy, the additional SSL certificates charges are more than Rs. 3000 for one year.
In my own initial usage, things are looking great with no such observation of any lag in web page opening and if this performance is consistent, it could be a great options for the website building folks who are in beginner to intermediate levels who are looking for economical ways of maintaining their websites.